The Messy Truth of Getting the Relationship You Want


By Reece Stockhausen & Jodie Milton
It had been in the back of my mind for weeks. You know, one of those things you’re kinda aware of, but not really. When you know something’s up, but you just can’t quite turn and face it.

So it sits there, slowly eating away at you.

It’s not that there was a problem. Our relationship was great. No scratch that. It was freaking awesome.

We connected on levels I never imagined possible. Jodie was SO much fun to be with and everything about it just felt right. And after coming out of a pretty much sexless seven year relationship, our sex life was incredible.

I was discovering sexual sides of myself I never knew existed. I was getting in touch with my raw, primal, animalistic self. And I was loving every second of it.

Finally I was with a woman who not only accepted that kind of sexual expression, but actively encouraged it. And finally I was at a place in myself where I felt safe to unleash that. 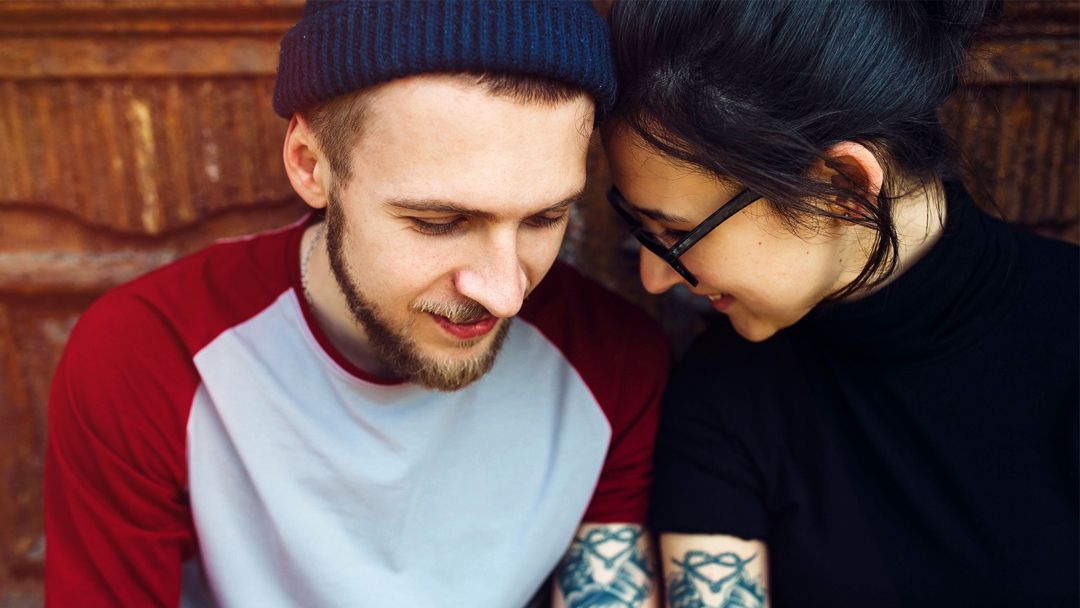 Which is why it was weird and uncomfortable to acknowledge that something wasn’t quite right. Because despite feeling on one level like I had it all, on another level I knew something was missing.

There was something more I wanted… Something deeper.

The dilemma I faced was this:

Because no matter what I said or how delicately I worded it, I knew it was going to cut.

I knew it was going to hurt her.

But it wasn’t just that. I was also scared:

Scared of admitting what I wanted. Of opening myself to the vulnerability of wanting – and actually saying it out loud to someone else.

Sure, that would mean the possibility of getting what I wanted. But it also opened me up to rejection.

So in some ways it was easier to decide that she couldn’t meet me, and just walk away.

But how could I walk away from something that was so amazing?

In the end, the decision was made for me. 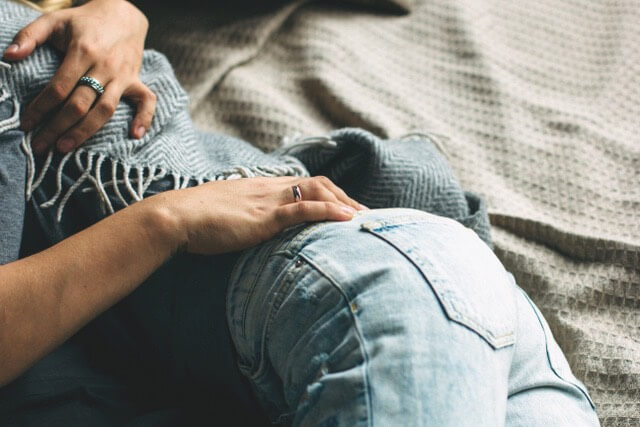 It was late on a Saturday afternoon. We were laying in bed together, soaking up the lazy weekend vibes and enjoying the simple pleasure of having nowhere to be.

It was the perfect little bliss bubble.

And as we lay there wrapped up in each other, things started to heat up – as usual.

Next thing I knew I was on top, our warm bodies pressed tightly together as waves of pleasure rocked through me.

Our faces were only centimeters apart, our breath hot and heavy. As I sat back for a moment to look down at her, our eyes locked.

And in that brief moment something broke inside me.

I stopped. The internal conflict suddenly too much. I couldn’t out run it anymore. All the confusion and fear spilled up and out as I pulled away, my face hidden in my hands.

This was the worst possible time to say it.

“Just tell me. There’s obviously something going on for you. I can handle it. But I need you to say it.”

I thought about getting up and walking away, but I knew it wasn’t possible. ‘Something’ was written all over my face, and I had to tell her what that ‘something’ was.

There was no backing out now….

In hindsight, I would’ve approached this in a totally different way. But in that moment, it just came tumbling out…

“Sometimes it feels like you just want me to bang away at you.” 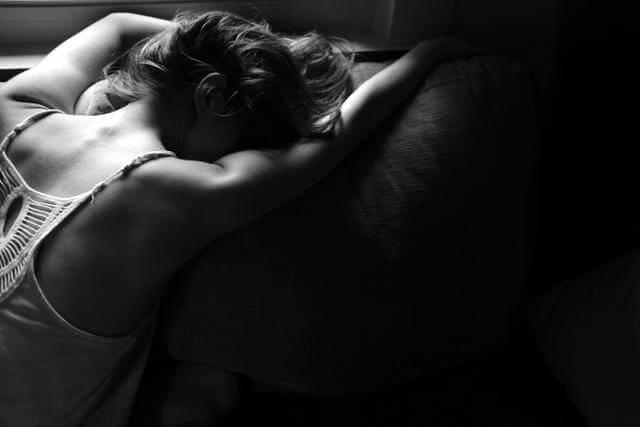 On The Flip Side

Did he actually just say that to me?

It feels like you just want me to bang away at you.

I was flooded with emotion. Shame. Anger. Embarrassment. Confusion.

And it hurt. It almost fucking broke me.

Was everything we’d been enjoying suddenly wrong? Had I grossly misinterpreted the connection between us? Was the sex actually really bad?

With hindsight, the way I took those 12 little words showed me a lot about my own sexual hang-ups. That reflection would later form the basis of my very own sexual revolution. In many ways, it was one the most pivotal moments in my personal growth journey.

But in that moment, it just hurt like hell.

So there’s a bit of back-story here. You see, it wasn’t just Reece’s comment that triggered me. He’d touched on an old and very tender wound, when another lover had asked me,

“Where are you? I can’t feel you when we’re having sex. It’s like you’re not there.”

So when Reece said something even remotely similar, the pain was two-fold.

But there was another layer here too. There was part of me that did want Reece to ‘just bang away at me’.

That’s the kind of sex I enjoyed (and still do). But there was more to it than that. Without being fully aware of it, I could feel Reece’s wanting. He wanted connection. Depth. He wanted all of me.

But that was way out of my comfort zone.

That was more like ‘making love’ – and that’s something I wasn’t at all confident with.

I was used to performing – being a skillful and attentive lover. But that’s not what Reece was asking from me.

So how did I respond?

I’d love to say that I was measured and insightful when I eventually spoke, sharing all the layers of what was going on for me. But that’s not how it went down.

Instead I clung to ‘I just enjoy fucking and what’s wrong with that?’ because it hid my deeper insecurity. It gave me a reason to act offended and indignant.

It would be safe to say I threw it back in his face.

After a couple of hours of hurt and confused back-and-forth, I went home. It was an awkward parting, with no resolution in sight. It was our first heated disagreement, and we were both in shock.

It was time to do some soul searching.

In the days that followed (without any kind of contact with each other) I slowly began to uncover what was really going on for me – the insecurity and the fear of the unknown. And I realised I had a choice:

I could keep hiding behind my hurt, or I could come clean.

I could own what I was feeling, apologise for my hot-headed reaction, and actually be vulnerable. I could tell Reece how scared I was to be truly intimate.

That option meant letting myself be seen in my ickiest feels – to expose my belly and risk even more hurt. But it was also a chance to go deeper. To do relationship in a way I never had before.

It was a chance to create the kind of intimate relationship I’d always wanted.

I held my breath and took the plunge. 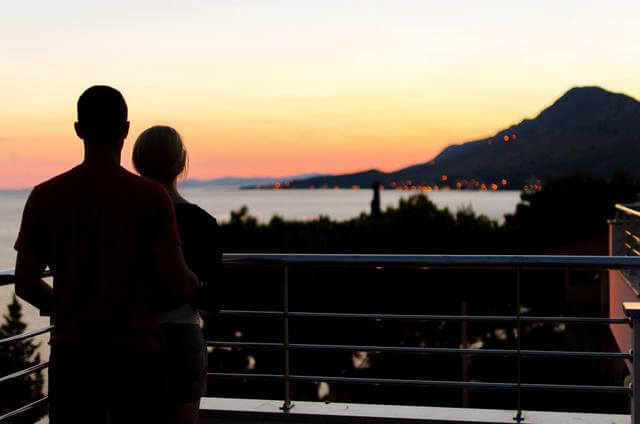 Having the courage to share our messy truth – even in the face of rejection and hurting each other – is the only way we’ve been able to grow the relationship we now enjoy.

All these years later and happily married, we can honestly say that this ‘argument’ was a huge turning point for us.

In no uncertain terms, it was a game changer.

Jodie: Sharing my fears that I was a ‘dud lay’ and facing my triggers around performance opened me up to a whole new (and way more empowering) way to relate to my body and my sexuality. It was the start of an incredible transformation.

I also got the chance to speak my fears of ‘making love’ – and in doing so opened myself up to a whole new level of intimacy.

But most importantly, I discovered the power of sharing the vulnerable-as-hell stuff to bring us closer together. I could finally let down the ‘I have to be perfect’ facade.

Reece: As brutally challenging as this whole situation was, it reinforced one of our now fundamental relationship tenants: You’ve got to be willing to put it all on the line and speak your truth. It’s your only chance to get what you want.

This has helped us build a key part of our relationship ecology – “I’ll do my best to support you in getting what you want – even if it challenges and triggers me.”

Even now, all these years later, we still don’t do this perfectly. It’s a continuing practice, not a one-time lesson.

But it’s one that continues to shape who we are, and it’s a huge part of what makes this relationship so damn satisfying.

Even if it isn’t always easy. 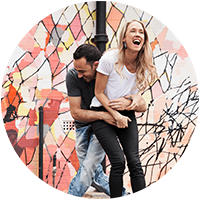 Reece Stockhausen & Jodie Milton have made improving people’s lives and relationships both their passion, and their career. With over 25 years experience in the Personal Development industry, and 8 years coaching singles and couples, their no-BS advice has been featured in Cosmopolitan, Bustle, and HuffPost.

Book in for a complimentary online video call to discover how their men's, women's, and couple's coaching programs can support you. 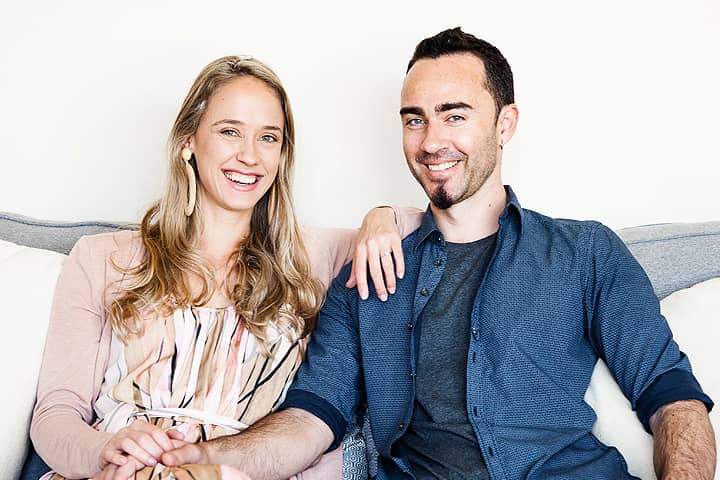 Established in 2014, Practical Intimacy is where we share some of the knowledge, experience, and insights we’ve gained from our marriage, as well as keeping up-to-date with current research and studies on the science of transformation. 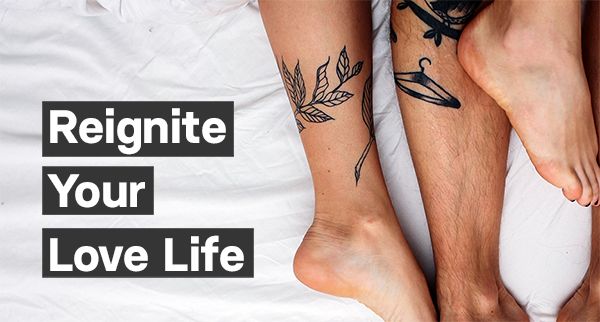 Get your sex life back with the couple's complete guide to initiating sex and reigniting desire in a long-term relationship.

Want to Feel More Connected in Your Relationship?

Join our email list and get the free 5 Day Intimacy Challenge. 5 simple practices to get you and your partner feeling closer & more connected. 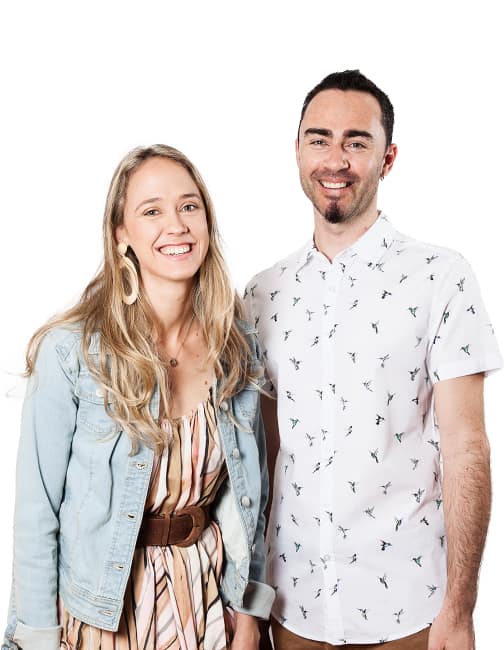 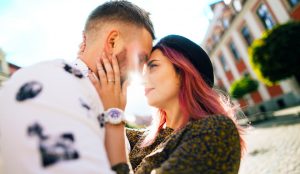 Resentment in marriage is the buildup of negative feelings towards your partner. And when not addressed, it'll erode the connection and safety necessary for a successful marriage. 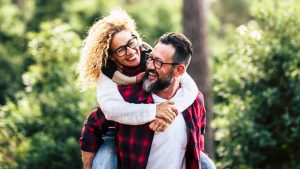 Want to know how to be a better husband, improve your marriage, and be a better man to your wife? Here’s 21 common mistakes you need to avoid. 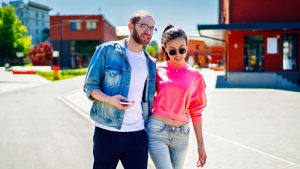 This 5min Relationship Check In Will Transform Your Marriage

This 5min Relationship Check In Will Transform Your Marriage

This relationship check in helps you address underlying issues, capitalize on what’s working, and build your future together. Here's exactly how to do it.

Online Relationship, Sexuality, & Personal Empowerment Coaching for men, women, and couples. Create a kick-ass life, and a relationship that rocks.

How To Build Emotional Intimacy

How To Create A Conscious Relationship

How To Fix Low Libido

How To Enjoy Sex More